Who am I? Having the time to discover and dig deep into who I am and what I believe has helped shaped my confidence and strive for my goals even if they seem impossible.

Three years ago I did not speak Spanish. I understood a little and I could speak less.

I am the first generation of my maternal family and the second generation of my paternal, but at home we speak English. July 2016 I began working at a taco shop where, unknowingly, everyone spoke spanish. I was forced to learn and now am happily and proudly bilingual.

Finally after nineteen years, I could begin speaking to my grandparents. I’ve been able to learn my family roots and history. It has also opened up a new realm of my culture, Mexican culture. Spring Break of 2018, I actually even went to Mexico for the first time.

Knowing a second language has helped me to dig deeper into discovering my values, beliefs and who I am.

I grew up in the suburbs, which consisted of majority middle or higher class white families. In elementary school I can only remember one other girl of color in my class. In middle school, there were eight in my class and high school, there were twelve in my graduating class. However, never did I ever let the fact that I am a lower class Mexican girl get in the way of what I wanted.

Fall of 2016 I began at Colorado State University, I came in undeclared with a journalism interest. It’s always been my passion. In the Spring I declared in a double major in journalism and Spanish with a minor in business.

Fall of 2017 I studied in Bilbao, Spain at the University of the Basque Country. I took spanish and business courses. I quickly came to learn that business was not my forté, so as soon as I got back to Colorado I dropped my minor and added a third major –  International Studies with a concentration in Latin America.

I was going to study in Spain for a year but chickened out. When I came back in the Spring I felt really strongly that God wanted me to go abroad again, to mend me more into the person He wants me to be. So, I started looking into programs.

Fall of 2018, I ended up in Peru. Lima was different and took a lot of time getting used to, but I’m used to change. I’ve moved basically every year of my life, for goodness sake.

I think the more change you experience, the more you grow. Once you stop learning, you stop living and if God is calling you to be uncomfortable, you just gotta go.

Listen and do, even when it’s not ideal. 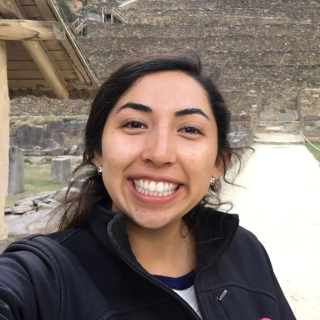